I have found during my travels that when I really love a city, the next city, no matter how amazing, is a bit of a let down. It can also be a bit of a shock to go from a small town to a larger city. The noise, crowds, and trash can be a rude awakening from the quiet sleepy town. So I was worried that coming from Bled, Slovenia, a tiny and empty town in my new favorite European country, Zagreb, Croatia would be unfairly shafted. However, it was just the opposite. After just one day of walking around I was as much in love with Zagreb as I was with Ljubljana.

I find the history here so interesting but can’t possibly regurgitate everything I’ve learned. If you want to learn more about the most recent Balkan Wars I’d highly recommend the BBC Documentary Death of Yugoslavia (5 hours long and available on YouTube). I feel even more confident recommending it after my tour guide here said it’s the best video to watch for an accurate re-telling of that time in history.

Croatian history dates back for many many centuries, I mean look at the shape of the country, it’s obvious there have been some border disputes. But it’s amazing how much has even happened here in the 20th century alone. I really like the way my tour guide summarized it, so bear with me:

Imagine you were born in the early 1900’s and live in an apartment that overlooks Zagreb’s main square. You are born under the foreign rule of the Austrian Empire. The famous Ban Jelačić statue stands in the middle of Ban Jelačić Square. WWI breaks out in 1914 and with it the end of the Austrian Empire. You immediately join forces with Serbia and Slovenia to form the first Yugoslavia, also known as the Kingdom of Slovenes, Croats, and Serbs. In 1929 this is renamed the Kingdom of Yugoslavia.

In 1939 WWII starts and by 1941 Croatia is completely occupied by German and Italian forces. In 1943 the Partisan army, led by Josip Broz Tito, liberates the area and proclaims a Democratic Federal Yugoslavia, renamed the Federal People’s Republic of Yugoslavia in 1946.

A communist government is now established. In 1947, the statue outside your window of Ban Jelačić is removed, because it’s a sign of nationalism which is no longer tolerated, and the square is renamed Republic Square (as are the main squares in every Republic of Yugoslavia during this time).

In 1963 your country is renamed yet again, to the Socialist Federal Republic of Yugoslavia (SFRY). In 1990 elections are held in Croatia and the statue of Ban Jelačić is back in the square, there’s a big celebration. The next year Croatia declares independence from Yugoslavia resulting in a nearly 5 year war, with Zagreb itself being bombed twice, in 1991 and in 1995. What an insane amount of history to witness in one lifetime, right?

I learned so much here, but here are some of my favorite takeaways: 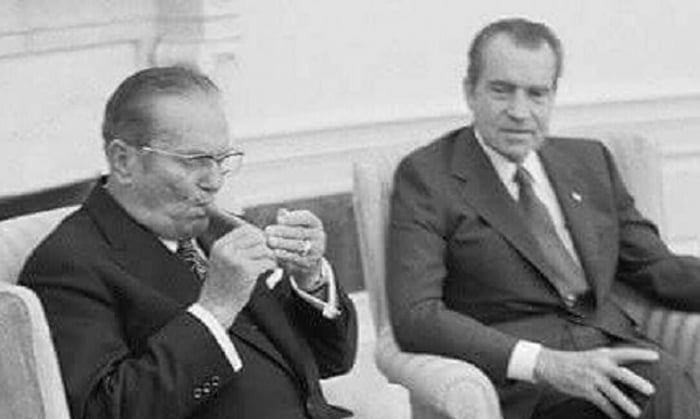 I guess what I’ve gathered is that Tito did just enough good for Yugoslavia immediately following a very long troubled time for the region, so the people were able to let slide the bad stuff, and many in Croatia still think of him as a hero. As we were on a tour and the tour guide held up a photo of Tito a man walking by saw it and yelled “Tito! He is the greatest! Tito is #1!”. So there you go.

I also took a day to visit the amazing Plitvice Lakes National Park, about a 2.5 hour drive south of Zagreb. Plitvice Lakes is actually the location of the first casualty of the Croatian War of Independence (yet another name for it), when a fight broke out between a Croatian police officer and Serb armed forces. But I’m going to skip history here and just show you pictures of the national park. I happened to visit on the first snow day of the year, so only got to visit the Lower Lakes, but I enjoyed the freshly snow-capped trees and walkways, and especially how empty it left the park. I often had entire bridges across the lakes to myself, which is really something when you consider that in the summer, the park is visited by 15,000 people per day.

I’m not much for very descriptive literature. In fact I can’t stand when a book describes a setting for pages on end, just get to the point! But I’ve just started reading Black Lamb and Grey Falcon, a famous travel book written by Rebecca West about her journeys to the Balkans during the mid to late 1930s and published in 1941, and I really like the way she describes Zagreb (and I’ve taken out a couple of parts I didn’t fully understand which I may not have annotated correctly but that’s not what I’m here for).

Anyway, here it is: “It has no grand river, it is built up to no climax; the hill the old town stands on is what the eighteenth century used to call ‘a moderate elevation.’ It has few very fine buildings except the Gothic Cathedral […]. But Zagreb makes from its featureless handsomeness something that pleases […] a delight that begins quietly and never definitely ends.”